About RG Hockey Source for Sports 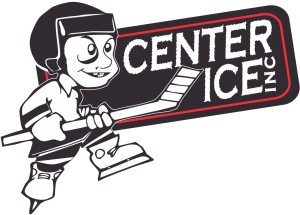 Center Ice was originally opened in 1995 as a retail outlet for Mattingly Goalie equipment in Huntertown, IN owned by JP Mattingly, Martin Burgers, Thom Papaik, and managed by Greg Peckham. In 1998, the store was purchased by Rick Warner and Greg Peckham and moved onto Coliseum Blvd. in Fort Wayne, IN. After the renovation of McMillen Ice Arena in 2000, we added a 2nd location inside McMillen. The Coliseum Blvd. location was closed in 2002. A brand new 3 sheet arena, Lutheran Health Sportscenter, was opened in 2010. Center Ice secured the rights for a pro shop in the new arena and moved the store from McMillen February 2010.  In May 2011 Canlan purchased the International Ice Center in Romeoville, IL and asked if we would run their pro shop.  In July 2012 we opened RG Hockey in side Canlan Icesports Romeoville, IL.

Greg played ACHA D1 college hockey at University of Maryland from ’93-’95 and worked 2 part time jobs at PIAS and Mattingly Goalie Equipment.  These jobs laid the foundation for Center Ice. Moved to Fort Wayne, IN in 1995 with Mattingly Goalie to run a retail outlet for their pads.

Do you have questions, is there anything we can help with?

*Store hours are subject to change based upon ice usage, please contact us to confirm our hours for the day